A large share of B2B sales have traditionally been about personal meetings. One meets, shakes hands, discusses problems, and finds solutions. Physical meetings have often been necessary for establishing relationships and creating trust between sellers and buyers. But this is changing. What we see now is a development where some, especially young people, think that meetings or even telephone calls feel difficult to manage and troubling, and prefer virtual relationships.

Instead, they want to use digital tools for creating contacts and establishing relationships. As a result, we see a shift toward more virtual relationships. While some are still strongly dependent on meeting physically to make important business decisions, many young people find it obvious that this can be done just as well online, and meeting in reality feels unnecessary.

The rise of virtual relationships

Take the headphone company Headler, for example. They are managed by the entrepreneurs, Anton Johansson and Eric Martinsson. What separates them from others is that it took almost three years from when they started their business until they had their first physical meeting. The fact is that they didn’t know what each other looked like or how each other’s voices sounded because they hadn’t even spoken on the phone. All communication until then had been carried out via chats.

One of the reasons for this development is, of course, the increased use of the Internet and cell phones. It is obvious that the time we spend on the Internet is increasing; in the past ten years it has nearly quadrupled. On average, young people from age 16 through 25 spend an entire 5 hours and 26 minutes per day online. This is equivalent to a third of one’s waking hours. And this is just the beginning. An entire 79 percent of all two-year-olds use the Internet.1

As a consequence, many young people have difficulty interpreting social codes, and some don’t have the same habits and social skills for managing physical meetings with people they don’t know. Young people become accustomed early on to buy online and receiving a box delivered home – a behavior that they probably take with them into the workplace. And it doesn’t stop there. We learn that most things in life can be handled on our own, without contact. Human contact is in many cases streamlined away.

Even the English secret service MI6 is struggling with the consequences of this. They are experiencing increasing difficulty recruiting new secret agents.2 The problem is that young candidates searching for jobs have difficulty interpreting facial expressions and managing social interaction – something that is critical for survival if one works as an infiltrator or “under cover.”

The future of seller-buyer relationships and social codes

It is no wild guess that an increasing share of sales will occur without human contact, without physical meetings. Previously, one had customer meetings to present new products. Now customers have already Googled and asked directly “Do you have offer these things?”. They are aware of the products and what is being offered by others. We can only speculate about which channels will exist in the future – and which ones customers will prefer.

But everything seems to point to virtual relationships becoming increasingly meaningful for creating relationships.

Perhaps the clearest example is that more and more companies are using chat functions for building customer relationships. An advantage of chatting is that it reduces the need for telephone support. Customers that chat can also multi-task and do other things in parallel, compared to a phone call that can be experienced as long and drawn out. For B2B companies, the share of concluded transactions increases three times for those customers who also choose to chat with a customer service rep.

Customers receive direct responses to their questions, which also increases customer satisfaction. More advanced solutions can include functions like screen sharing or the possibility to transfer the chat to a telephone conversation if needed.

But, of course, chatting is not the only solution. Among youth in the age group 16 to 25, over 70 percent use Facebook, Instagram and Snapchat – every day.3 More and more companies are beginning to use these channels for building customer relations. Facebook is becoming increasingly popular as a channel for customer contacts, as is their variation Spaces, where one can implement virtual meetings with VR glasses. Even traditional companies like General Electric are trying to entice youth to becoming more interested in science and innovation via the message app Snapchat, where they amongst other things have utilized the astronaut Buzz Aldrin.

A consequence of this is that as a supplier one needs to obtain better insight into how one’s customers want to communicate. By mapping their preferences, one can work together to find the best possible forms for effective relationship building. If today’s developments with increased virtual relationships continues, physical sales meetings may be seen in the future as a rare and unusual luxury, or maybe even as entirely unnecessary.

As a company it is important to understand the needs that a future completely-digital generation of sales reps will have. According to a study by Manpower, only 25 percent of young people think that their technological needs are being met in the workplace. Half of them think that their bosses don’t understand how they use technology at work. To impede or not recognize the use of new communications channels is likely to be counterproductive. It would be like having forbidden the use of the phone at work when it was introduced. 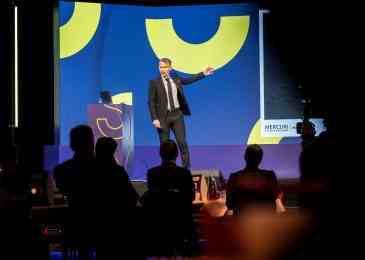 On November 18th, The Sales Conference 2021 was held at the Avicii Arena in Stockholm, with hundreds of in person attendees, thousands viewing online, and 7 truly world class keynote speakers. This is how we remember the event. 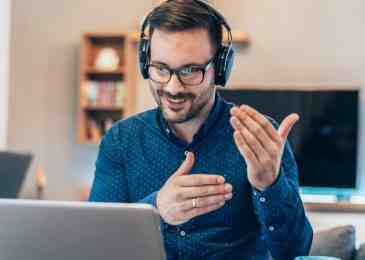 Does your organization have the competencies, skills, processes, capabilities and digital applications to become a world-class sales organization? 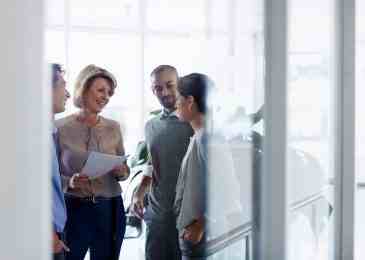 We look at Account Based Marketing – one of the hottest trends in digital marketing in recent years – that may be a solution for many.